ABSTRACT
The “[Holocaust] Remembrance Day” was established in Italy by a bill made into law in 2000, following a years-long debate. The law covers chiefly the Fascist and Nazi anti-Jewish persecution from 1938 to 1945, but also the deportation of political opponents and of Italian POWs, and likewise considers non-Jewish Italians who rescued Jews. The date chosen for the day of commemoration is the January 27. The historical events, the categories of victims and the date specified in the law’s final text are the result of a complex process of elaboration and carry a deep meaning. The law’s text contains words and concepts that relate to a democratic national civic memory.
The Italian law is part of a continental process. Compared to its French and German equivalents, it appears both poorer and richer.
In the Italian civic calendar, the “[Holocaust] Remembrance Day” can be considered alongside other commemorations that mark historical occurrences, chiefly “Liberation Day,” established in 1946 and celebrated on April 25; also the “Memorial Day” established in 2004 for Italian victims in the border territory between Italy and Yugoslavia, which is celebrated on February 10.
In Italian society, the January 27 is a deeply-felt commemoration day; numerous events are organized every year for schools and for the citizenry. The activities for schools are expressly mentioned within the law and have raised the question of the relationship between history and memory (and the present).
Each topic is presented and analyzed through its own specific sources: newspaper articles, parliamentary debates, documents of organizations, legislative texts, popular information material, statistical data, personal involvement, etc. 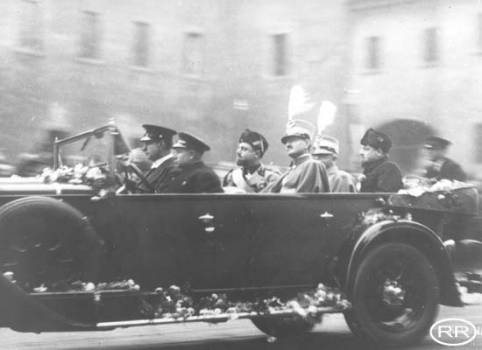 ABSTRACT
This essay examines how the main historical writings in languages other than Italian (mostly English) published in the first forty years after the end of the war addressed the role played in the arrests and the deportations of the Jews in Italy by Mussolini’s Italian Social Republic (Repubblica Sociale Italiana) between the autumn of 1943 and the spring of 1945. It discusses what reconstruction of this single, salient aspect in the Italian chapter of the Shoah has been advanced or accepted by foreign historians.
To this end, I have selected the (few) existing texts on Italy and the works offering a reconstruction of the Shoah in its entirety, adding the most significant essays published in periodicals or collective volumes and a few of the many books devoted to specific aspects of that event.
As I see it, a complex contagion has taken place between the historical reconstruction of the “final solution,” the ethical judgement on it, the containment policies towards post-war Germany, the quest by the successor states of the non-German collaborationist countries to pursue their own “moral absolution.”