ABSTRACT
William C. Prime’s Tent Life in the Holy Land (1857) is mostly remembered now as the target of parody in The Innocents Abroad (1869), where, eager to promote his own “honest” and “impartial” account of Palestine, Mark Twain mocked the maudlin style of his old-fashioned predecessor. Readers since took their cue from Twain and tagged American Holy-Land narratives as “secular” or “religious,” “realist” or “sentimental,” “factual” or “fictitious.” But an intertextual consideration of Tent Life and The Innocents shows the limits of such taxonomies. This essay traces the various thematic and stylistic strands shared by Twain and Prime in order to reveal the intricate texture of the 19th-century Protestant Holy Land archive, its resistance to linear narratives of secularization. This methodology also addresses some lingering tensions between poststructuralist and humanistic positions in the study of Orientalism. 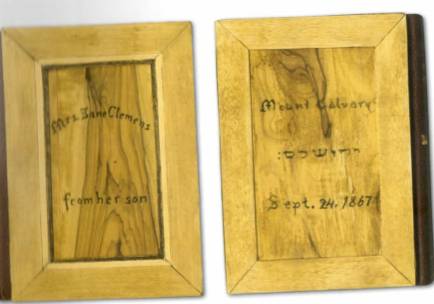