ABSTRACT
Serbia joined the ITF (Task Force for International Cooperation on Holocaust Education, Remembrance and Research) in 2011. This resulted in increased institutional efforts to pay more attention to Holocaust education and commemoration. However, critics have observed that many of these state-supported initiatives use the Holocaust to conceal the state’s role as perpetrator or accomplice in mass war crimes and genocide committed during the Second World War and during the Yugoslav wars of the 1990s. Against this backdrop, I discuss two recent Serbian Holocaust novels, Ivan Ivanji’s Man of Ashes (2006) and Zoran Penevski’s Less Important Crimes (2005), and Goran Paskaljević’s film When Day Breaks (2012). I argue that Holocaust memory in these works does not function as a ‘screen memory’ – one memory that covers up or suppresses other, undesired memories – but as a prism through which memories of the recent Yugoslav past as well as stories of present injustice, which the dominant political elites and mainstream society would prefer to forget or not to see, are filtered and brought to light. Ivanji, who is well acquainted with the politics of memory both in Germany and Serbia, also reflects critically upon the current globalization of Holocaust remembrance, thus providing feedback on the possibilities and limits of the memorial culture stimulated by the ITF. 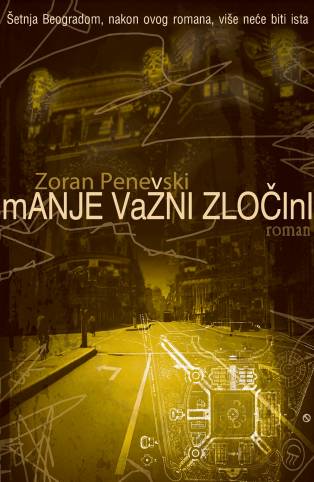