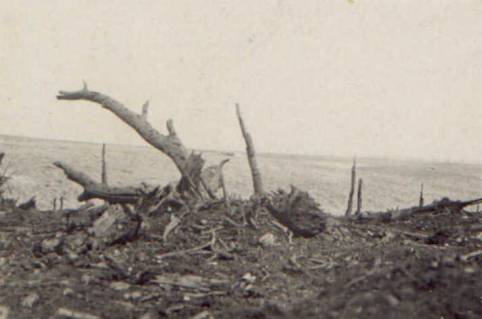 ABSTRACT
The present paper examines the friendship of Fritz Mauthner (1849-1923) and Gustav Landauer (1870-1919) at the time of World War I. Mauthner’s and Landauer’s correspondence in wartime stimulated debate about the war, on the one hand, and German and Jewish identity, on the other.  Most significantly, both intellectuals perceived in Germany, as a place of culture, a profound transformation. This was particularly the case when they found themselves compelled to consider what Germany should look like after the defeat in 1918.  The debate between Landauer and Mauthner had a deep impact on their sense of general Jewish questions and their approach to the fate of Eastern European Jewry during the war.

ABSTRACT
In August 1914 the majority of German Jews expressed their patriotic approval of the war and their loyalty to the German state. They identified with Germany, and a large number signed up voluntarily for military service at the front. The Jewish population in Germany supported the war not least because it was directed against Russia, the harshest adversary of the Jews. This paper concentrates on the first acts of war conducted by the German military forces during the German occupation of Belgium; it examines whether and in what way German-Jewish Intellectuals perceived Germany’s violation of Belgian neutrality and the new feature of war as a war against a civilian population. The first part examines autobiographical sources to reconstruct the experiences and the perception of German Jewish soldiers, German military rabbis, and other German Jewish witnesses to the war.  The second part then analyzes the coverage of German Jewish newspapers regarding the warfare against Belgium; and, finally, the third and last part scrutinizes the commentaries of German Jewish intellectuals and socialist Jews [Jewish socialists?] regarding the German war against Belgium.

ABSTRACT
Before 1914 the vocabulary of anti-Semitism was already present in public discourses in Hungary, but it did not yet represent the central problem of a still “liberal Hungary.”
With the First World War, the Hungarian middle classes became the main losers in the social disruption of Hungarian society. 1916 must be seen as the turning point of the social splits and divisions. The former policy of the “Burgfrieden,” or party truce, was undermined by the profound psychological experiences of the war. In this context, old anti-Semitic stereotypes prejudices were reactivated while new ones emerged.
Jews, in general, came to be treated as internal enemies, earning huge profits from the war at the expense of Christian Hungarian society that was being ruined.
This paper analyzes three stages of growing anti-Semitic agitation in Hungarian society during the war: First, the attacks against the banks around 1916; second, the public debate on the Jewish question in 1917, opened by the publication of the book A zsidók útja [The Path of the Jews] by the sociologist Péter Ágoston and intensified by the “inquiry into the Jewish question” of the journal Huszadik Század [Twentieth Century]; third, the surge of anti-Semitism that began with anti-Semitic speeches in the Hungarian Diet in 1917, leading to a broad anti-Semitic campaign by predominantly Catholic newspapers, in which Otto Prohaszka and Bela Bangha were the leading figures.
The thesis is that Hungarian anti-Semitism was far from being a spontaneous outburst of popular feelings. It was fairly well organized and coordinated, mainly by ecclesiastical circles. It was the First World War that proved to be the catalyst, contributing to an extreme anti-Semitism and thereby sealing the fate of “liberal Hungary.”