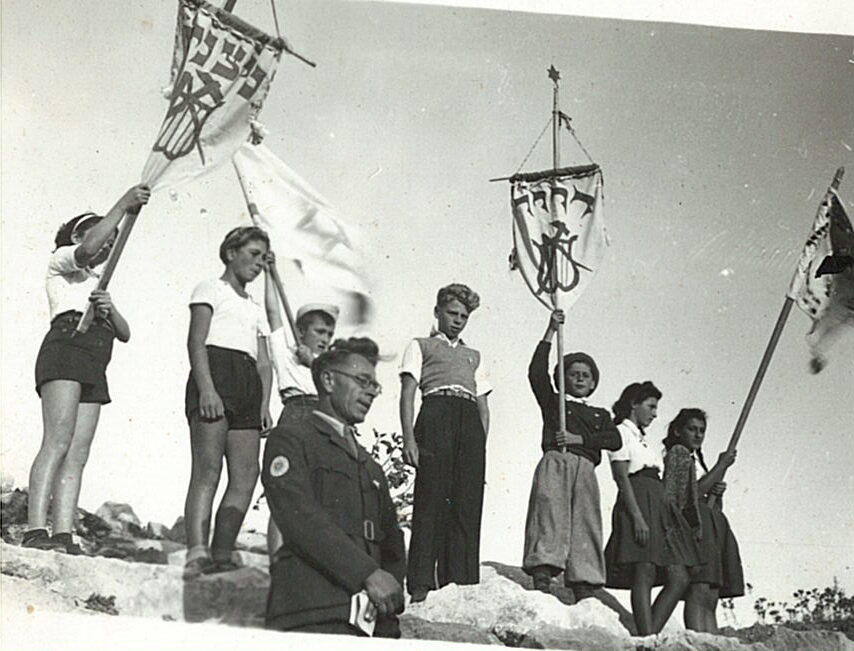 ABSTRACT
In the spring of 1933, the halutz-quota was established in Sweden. This quota gave young German Jews the possibility to come to Sweden as transmigrants to receive training in agricultural work for 18 months and then continue to Palestine. In total, between the years 1933-1941 490 teenagers were sent to Sweden through the halutz-quota. The focus of this article is on how and what the young people communicate about their time in Sweden in different sources. Drawing from various unpublished materials produced within the movement in Sweden as well as interviews with former members of the He-Halutz, the aim is to place the persons who entered Sweden through the halutz-quota as central actors in the text, both as important agents in the past and as constructors of the stories of that past.

ABSTRACT
Immediately after the foundation of the Protectorate of Bohemia and Moravia, activities, focus groups, bureaucratic structure, and organization of hachsharah training centers had to change considerably. Chances to emigrate became more and more limited. Since the completion of the hachsharah training became a prerequisite for obtaining the emigration certificate, the reorganization of hachsharah training centers became a crucial task for Zionists. Various agricultural training centers, vocational training, and requalification courses were established and organized with unprecedented intensity. For these activities, He-Halutz department of the Palestinian Office was responsible, and organized these places mostly on farms and manors of Czech farmers; this became a part of the economic exploitation of the Jews. The paper will analyze changes in age groups, social status of emigration candidates and trainees, reorganization of training camps from the perspective of the Zionist movement as well as temporal changes of Jewish geography in the former territory of the Protectorate of Bohemia and Moravia.

ABSTRACT
Drawing on rich and eloquent sources, both institutional and personal, this article outlines how internal documents of the American Joint Distribution Committee, press reports, and personal testimonies present vocational training in the hachsharot for Jewish survivors of the Holocaust in Greece. How do these sources communicate with each other, and what problems are they silent about? Through their close examination, I seek to paint a more accurate picture beyond the Zionist idea of aliyah and to interconnect Holocaust survivors’ attempts to move from Greece to Palestine with the Greek Civil War, the Cold War, and the situation in the Middle East. To this end, I analyze the attitudes of local and transnational actors as well as personal recollections of the multifold postwar experience of these vocational training centers in Greece.

ABSTRACT
This article focuses on theater as a form of cultural, political and ideological training for aliyah aimed at Jewish displaced persons (DPs) in postwar Italy. Exploring the private archives of the Zionist emissary Zvi Aldouby, we intend to move beyond the traditional idea of hachsharah as a preparation for aliyah based primarily on physical and agricultural training. This analysis relates on a set of diverse sources, ranging from institutional reports, official and informal correspondence, personal notes, sketches, photographs and drawings. Adopting an interdisciplinary perspective, the article is divided in two parts. The first one frames Aldouby’s mission in relation to the rehabilitative programs and the political landscape within the refugee camps. The second part explores the birth of a dramatic circle founded by Aldouby and analyzes two theatrical plays directed by him, The Golem (Ha-Golem) by H. Leivick and This Land (Ha-Adamah Ha-Zot) by A. Ashman. Through the analysis of Aldouby mission, the article emphasizes the role of culture among Jewish DPs as well as the political motivations behind it. In this scenario, characterized by the Jewish DPs’ efforts to start a new life and the Zionist emissaries’ endeavor to organize their aliyah, theater became the stage to promote and discuss new understandings of home and identity.